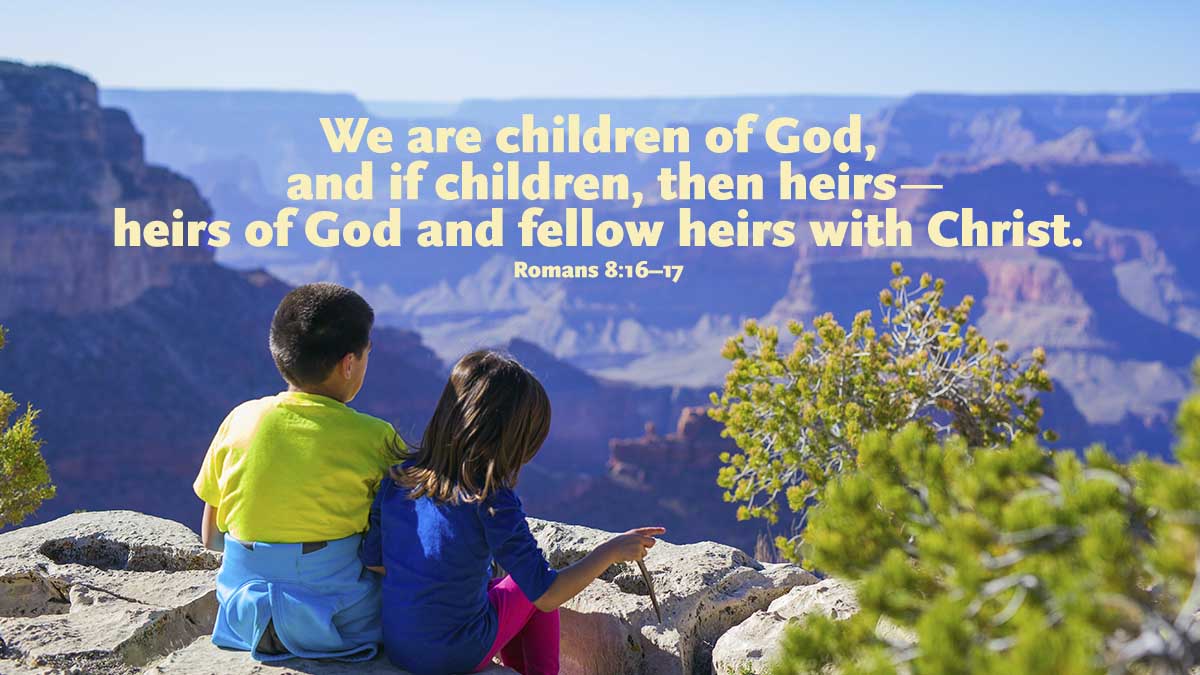 When we cry, “Abba! Father!” 16 it is the Spirit himself bearing witness with our spirit that we are children of God, 17 and if children, then heirs, heirs of God and fellow heirs with Christ, provided we suffer with him in order that we may also be glorified with him.
18 I consider that the sufferings of this present time are not worth comparing with the glory that is to be revealed to us.

Here you have the great boast, the honor and glory of the Christian. Leave to the world its splendor, its pride and its honors, which mean nothing else—when it comes to the point — than that they are the children of the devil. But consider the marvel of this, that a poor, miserable sinner should obtain such honor with God as to be called, not a servant of God, but a son and an heir of God. Any man might well consider it a privilege to be called one of God’s lowest creatures; but the apostle declares that we who believe in Christ shall be his heirs, his sons and daughters. Who can sufficiently magnify God’s grace? But the apostle adds the words, “if so be that we suffer with him,” to teach us that while we are on earth we must so live as to approve ourselves good, obedient children, who do not obey the flesh, but who for the sake of this dominion endure whatever befalls them or causes pain to the flesh.

O how noble it is in a man not to obey his lusts, but to resist them with a strong faith, even though he suffer for it! To be the child of a mighty and renowned king or emperor means to possess nobility, honor and glory on earth. How much more glorious it would be, could a man truthfully boast that he is the son of one of the highest angels! Yet what would all that be compared with one who is named and chosen by God himself, and called his son, the heir of exalted divine majesty? Such sonship and heritage must assuredly imply great and unspeakable glory and riches, and power and honor, above all else that is in heaven or on earth. This very honor, even though we had nothing but the name and fame of it, ought to move us to become the enemies of this sinful life on earth and to strive against it with all our power, notwithstanding we should have to surrender all for his sake and suffer all things possible for a human being to suffer. But the human heart cannot grasp the greatness of the honor and glory to which we shall be exalted with Christ. It is altogether above our comprehension or imagination.

Luther, Martin, and John Sander. Devotional Readings from Luther’s Works for Every Day of the Year. Augustana Book Concern, 1915, pp. 333–34.