The Beginning of Salvation
Scripture and a reading from Luther's sermons and devotional writings
Pastor Mark Ryman - February 26, 2022 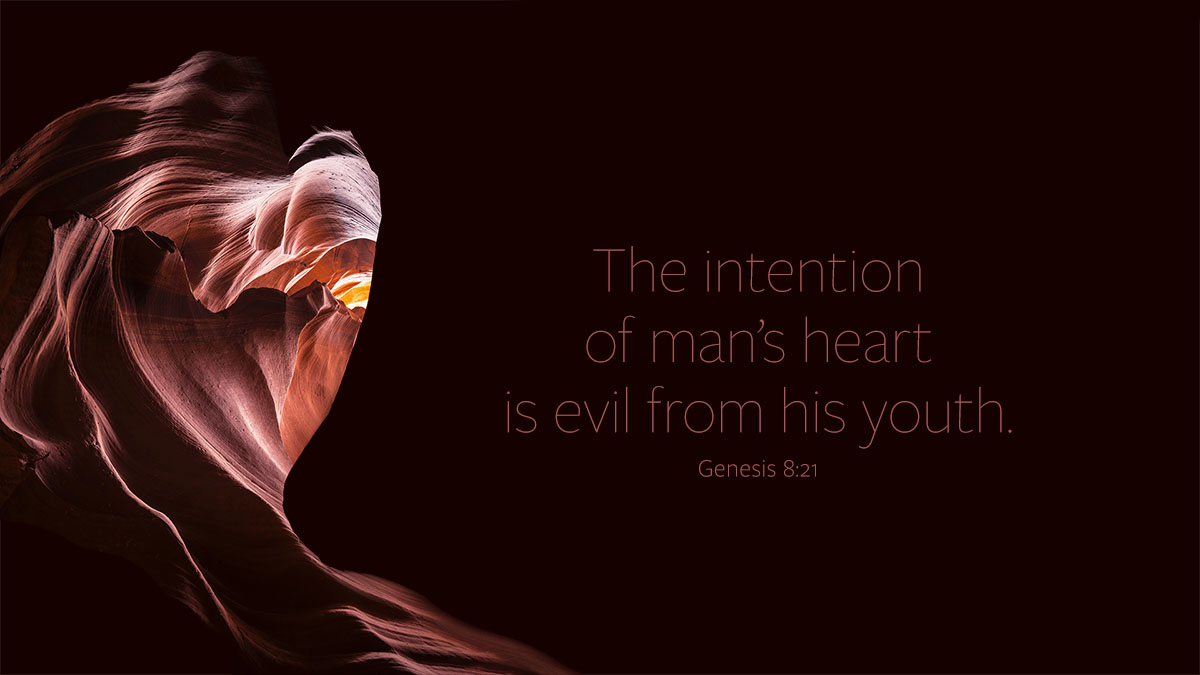 20 Then Noah built an altar to the LORD, and took of every clean animal and of every clean bird, and offered burnt offerings on the altar. 21 And when the LORD smelled the pleasing odor, the LORD said in his heart, “I will never again curse the ground because of man, for the imagination of man’s heart is evil from his youth; neither will I ever again destroy every living creature as I have done. 22 While the earth remains, seedtime and harvest, cold and heat, summer and winter, day and night, shall not cease.”

Man without the Holy Spirit and without grace can do nothing but sin, and thus unhaltingly he goes forward from sin to sin. When in addition he will not endure sound doctrine but rejects the word of salvation and resists the Holy Spirit, he becomes an enemy of God, blasphemes the Holy Spirit and simply follows the evil desires of his heart. Witnesses of this are the examples of the prophets, Christ and the apostles, the primeval world under Noah as teacher, and also the examples of our adversaries to-day, who cannot be convinced by anything that they are in error, that they sin, that their worship is ungodly.

But we must distinguish between the theological and the civil standpoints. God approves also the rule of the ungodly; he honors and rewards virtue also among the ungodly, but only in regard to the things of this life and things grasped by a reason which is upright from the civil standpoint; whereas the future life is not embraced in such reward. His approval is not with regard to the future life. We believe that man without the Holy Spirit is altogether corrupt before God, though he may stand adorned with all heathen virtues, as moderation, liberality, love of country, parents and children, courage and humanity. The declarations of the Holy Scriptures prove the same thing. The statement in the fourteenth Psalm is sweeping enough when it says, “The Lord looked down from heaven upon the children of men, to see if there were any that did understand, and seek God. They are all gone aside, they are all together become filthy; there is none that doeth good; no, not one. Paul says, “God hath concluded them all in unbelief.” Christ says, “Without me ye can do nothing.”

We are therefore to hold fast the doctrine which lays before us our sin and condemnation. This knowledge of our sin is the beginning of salvation; we must absolutely despair of ourselves and give glory for righteousness to God alone. When this has been fixed in our hearts, the foundation of our salvation is largely laid, inasmuch as subsequently clear testimonies are given that God will not cast away the sinner, that is, one who recognizes his sin and desires to come to his senses and thirsts after righteousness and the remission of sin through Christ.

Luther, Martin, and John Sander. Devotional Readings from Luther’s Works for Every Day of the Year. Augustana Book Concern, 1915, pp. 77–78.