The Cure for the Conscience
Scripture and a reading from Luther's sermons and devotional writings
Pastor Mark Ryman - July 27, 2022 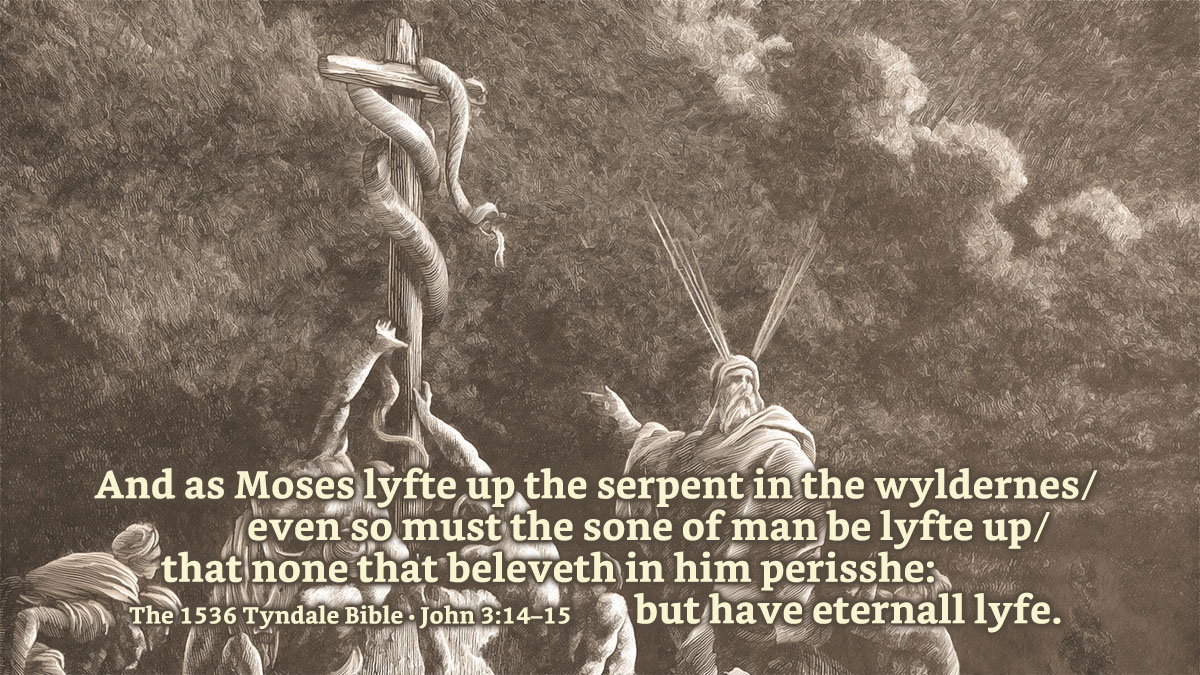 14 And as Moses lifted up the serpent in the wilderness, so must the Son of man be lifted up, 15 that whoever believes in him may have eternal life.”

Here Christ uses the Scriptures to point to himself. He means to say, that just as the Jews in the desert, who were bitten by fiery serpents, were saved by looking upon the serpent of brass, which Moses set upon a standard, so it is also with regard to me. No one who looks upon me will perish; all those who have an evil conscience, are tormented by sin and death, should believe that I have come down from heaven for their sakes and have ascended again. Then neither sin, nor death shall harm them. Whoever would enter heaven and be saved, must be saved by this serpent, which is Christ. Thus this gospel condemns free will and every human accomplishment, and points only to this serpent.

The spiritual significance of the narrative in Numbers is this: The serpent, which bit and poisoned the Jews, is sin, death and an evil conscience. I know that I must die and that I am under the power of death; I cannot free myself and must remain in this state until a dead serpent is set up for me, one which can harm no one, but rather benefit, as did the serpent of Moses. Now, this is Christ. I see him hanging on the cross, not beautiful, nor greatly honored; but I see him hanging in disgrace, like a murderer and malefactor; thus, reason must say that he is cursed before God. The Jews believed this to be true and they could only consider him the most cursed of all men before God and the world.

Moses had to set up a serpent of brass, which looked like the fiery serpents, but did not bite, nor harm any one; it rather saved the people. Thus, Christ also has the form and the appearance of a sinner, but has become my salvation; his death is my life; he atones for my sins and takes away from me the wrath of the Father. If man believes that the death of Christ has taken away his sin, he becomes a new man. The carnal, natural man cannot believe that God will gratuitously take away and forgive us all our sins. Reason argues: You have sinned, you must also atone for your sin. The gospel of Christ says: You have sinned, another must atone for you. Our works are nothing; but faith in Christ does it all.

Luther, Martin, and John Sander. Devotional Readings from Luther’s Works for Every Day of the Year. Augustana Book Concern, 1915, pp. 265–66.