The Curse of Humanity
Scripture and a reading from Luther's sermons and devotional writings
Pastor Mark Ryman - August 13, 2022 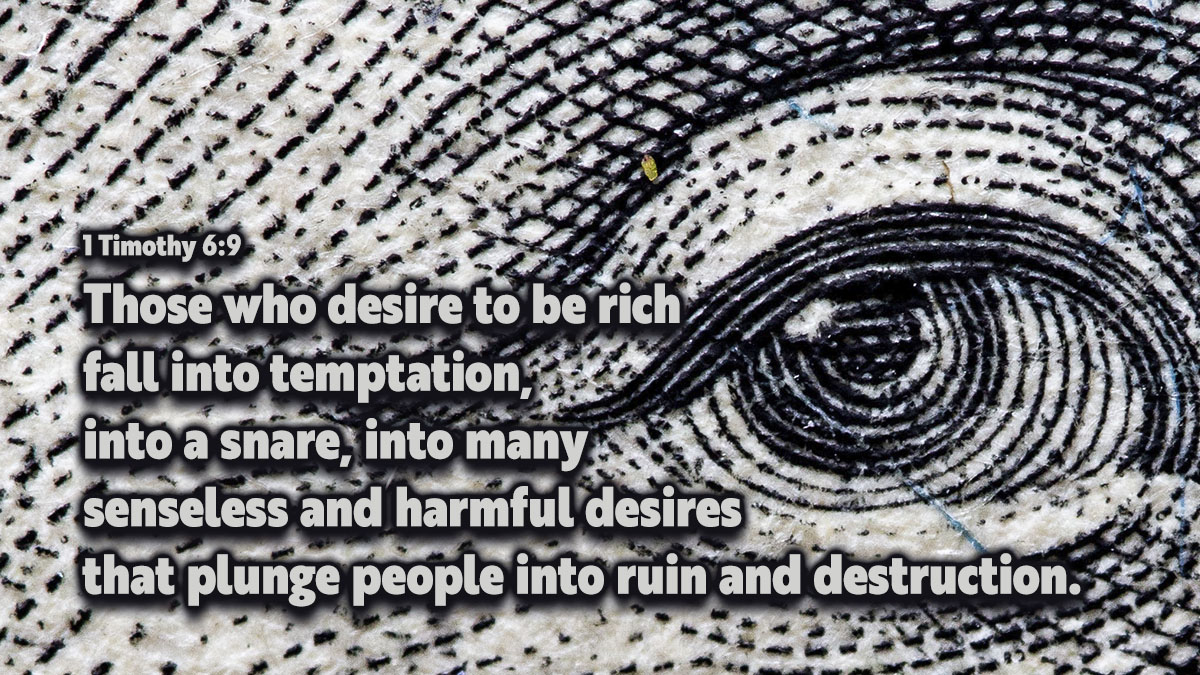 6 There is great gain in godliness with contentment; 7 for we brought nothing into the world, and we cannot take anything out of the world; 8 but if we have food and clothing, with these we shall be content. 9 But those who desire to be rich fall into temptation, into a snare, into many senseless and hurtful desires that plunge men into ruin and destruction. 10 For the love of money is the root of all evils; it is through this craving that some have wandered away from the faith and pierced their hearts with many pangs.

Those who plant themselves among the thorns of avarice, and seek after great possessions, must suffer the consequences of being stung and torn and must fall, not only into manifold temptations and dangers, but also into snares in which they are so thoroughly caught that they sink into a temporal destruction and eternal damnation from which they can never again escape. Of this we have daily examples even in those who boast of the gospel and Christianity. Everywhere we find robbery, oppression, assessment and usury, to such an extent that even God and conscience are set aside for the sake of a miserable penny. Then, as if such a fall were not deep enough, they harden themselves, and keep on their course defiantly and sacrilegiously, until they sink so far as to become enemies of the Word of God, become blind and deaf, so unblessed and accursed that they are of no service in any vocation of life, and can do nothing that is wholesome and good or useful to the pleasure and improvement of others.

All comes from this that men are bent on being rich. Such covetousness and cares do assuredly keep company with a pride that makes men aim at being something great and powerful. Covetousness would appropriate everything to itself. It would at first have this house, this field, this castle, this village. It grows greater and greater till it becomes a dragon’s tail that draws everything after it. Where covetousness has once become rooted, it daily brings forth cares of a hundred different kinds; there the human heart boils and bubbles with countless insatiable lusts and desires that serve no other purpose than its own destruction, and springs from no other source than man’s fall from faith, and thence from one temptation and snare to another. It is a dreadful plague that has taken such thorough possession of men that, on account of it, they can do nothing good or useful, and can no longer have any thought of serving God or man. The curse has already been pronounced that he shall never be satisfied and that he must endure all sorts of misfortune and heartaches through the very things he has coveted to his everlasting destruction.

Luther, Martin, and John Sander. Devotional Readings from Luther’s Works for Every Day of the Year. Augustana Book Concern, 1915, pp. 286–87.