The Death of Sin
Scripture and a reading from Luther's sermons and devotional writings
Pastor Mark Ryman - July 3, 2022 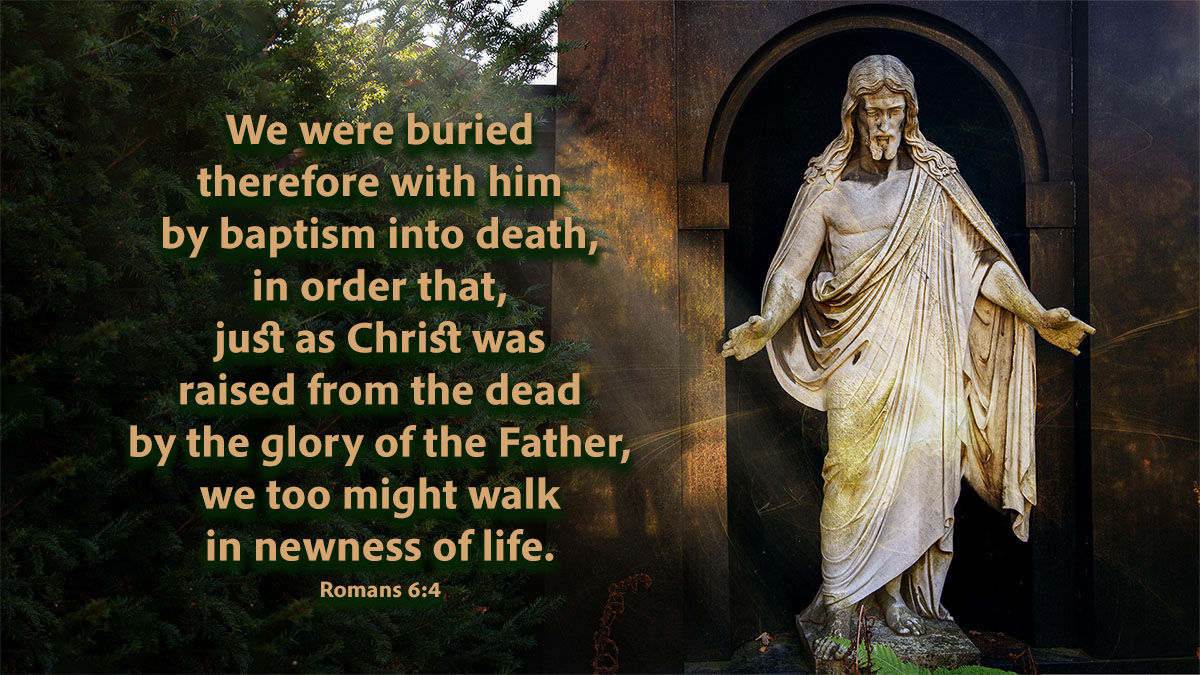 1 What shall we say then? Are we to continue in sin that grace may abound? 2 By no means! How can we who died to sin still live in it? 3 Do you not know that all of us who have been baptized into Christ Jesus were baptized into his death? 4 We were buried therefore with him by baptism into death, so that as Christ was raised from the dead by the glory of the Father, we too might walk in newness of life.

The apostle speaks in his own Pauline style concerning the power of baptism, which derives its efficacy from the death of Christ. By his death he has paid for and taken away our sins; his death has been an actual strangling and putting to death of sin; it no longer has dominion over him. Through his death we have obtained forgiveness of sins; that sin may not condemn us, we die unto sin through that power which Christ — because we are baptized into him — imparts to and works in us.

He further declares that we are not only baptized into his death, but, by the same baptism, we are buried with him into death; for in his death he took our sins with him into the grave, burying them completely and leaving them there. To those who through baptism are in Christ, sin is completely destroyed and buried, and shall remain so; but we, through his resurrection — which, by faith, gives us the victory over sin and death and bestows upon us everlasting righteousness and life — should henceforth walk in newness of life.

Having these things through baptism, we dare no longer obey — live unto — the sin which still dwells in our flesh and blood in this life; we must daily strangle it so that it may have no power, nor life in us if we desire to be found in the estate and life of Christ. The fact that Christ himself had to die for sin is evidence of the severe wrath of God against sin. Sin had to be put to death and laid away in the grave in the body of Christ. Thereby God shows us that he will not countenance sin in us, but has given us Christ and baptism for the purpose of putting to death and burying sin in our bodies.

Luther, Martin, and John Sander. Devotional Readings from Luther’s Works for Every Day of the Year. Augustana Book Concern, 1915, pp. 236–37.