The Firm Assurance of Faith
Scripture and a reading from Luther's sermons and devotional writings
Pastor Mark Ryman - September 22, 2022 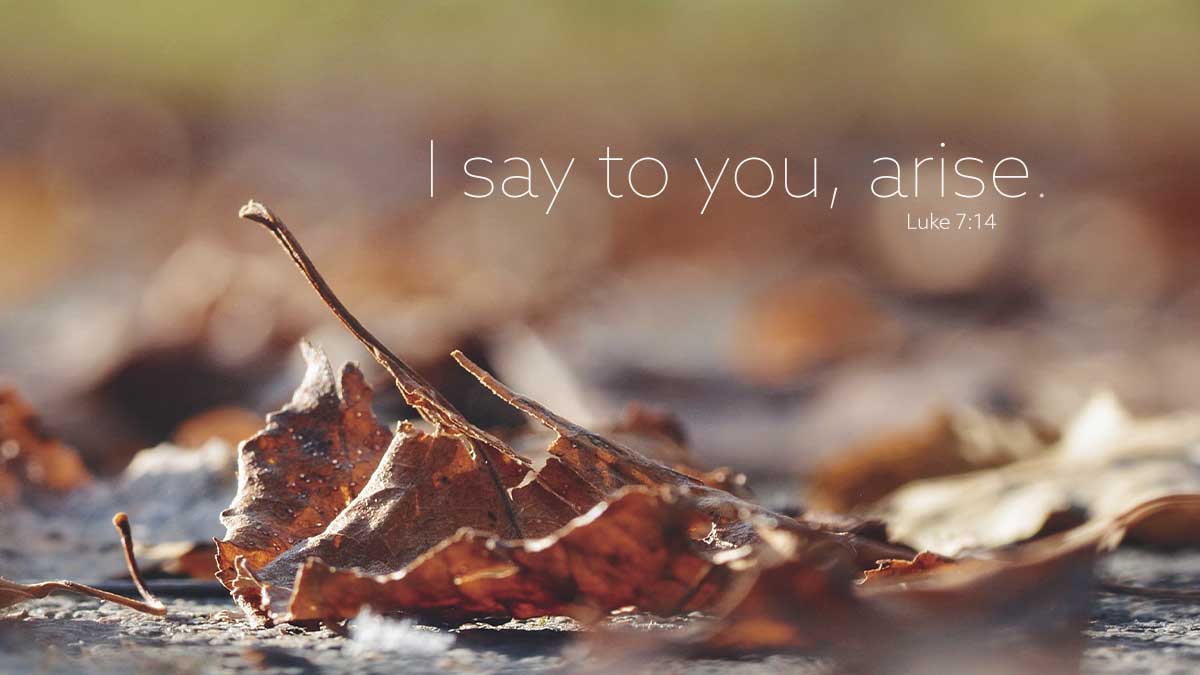 11 Soon afterward he went to a city called Nain, and his disciples and a great crowd went with him. 12 As he drew near to the gate of the city, behold, a man who had died was being carried out, the only son of his mother, and she was a widow; and a large crowd from the city was with her. 13 And when the Lord saw her, he had compassion on her and said to her, “Do not weep.” 14 And he came and touched the bier, and the bearers stood still. And he said, “Young man, I say to you, arise.” 15 And the dead man sat up, and began to speak. And he gave him to his mother.

These words are instantly followed by such power and efficacy that the dead man did not lie as before, but sat up, bound and covered as he was, began to speak and showed that he was no longer dead, but alive. This was a wonderful and quick change from death to life. Where the spark of life had long been extinguished and there was no sign of life, there are fully and instantly restored breath, blood, sensibility, movement, thought, speech and everything else that belongs to life. Christ, with one word, turned the sad and sorrowing procession into a joyous, lovely and beautiful procession of life, in which both the youth, carried by four or more to be buried under ground, and his mother, joyously follow the Lord Jesus into the city, accompanied by the whole crowd, forgetting death, the bier and the grave, and speaking joyously and thankfully only of life.

But the glory and honor of this work belong to the Lord Jesus, through whose power and authority alone death can be removed and life brought forth from it. Hence the fame and report concerning Christ, of which the gospel speaks, saying that it went forth throughout the whole country, is recorded for our consolation and joy over against the fear and dread of death, that we may know what kind of a Saviour we have in Christ. He so manifested himself on earth in his ministry and form of a servant, that he can be known as the Lord both of death and life, to destroy the former and bring the latter to light. He met death and fought with it, as in the case of Jairus’ daughter and again that of Lazarus, and at last in his own person, when he finally overcame and destroyed it.

We should learn to believe this and comfort ourselves in the hour of death and in all other times of distress. We should be firmly assured that in Christ we have obtained victory over death and life. Yea, the more misery and death are in us, the more richly we shall find comfort and life in him, provided we hold fast to him by faith, to which he spurs us on and admonishes us both through his Word and by such examples as the one mentioned above.

Luther, Martin, and John Sander. Devotional Readings from Luther’s Works for Every Day of the Year. Augustana Book Concern, 1915, pp. 335–36.