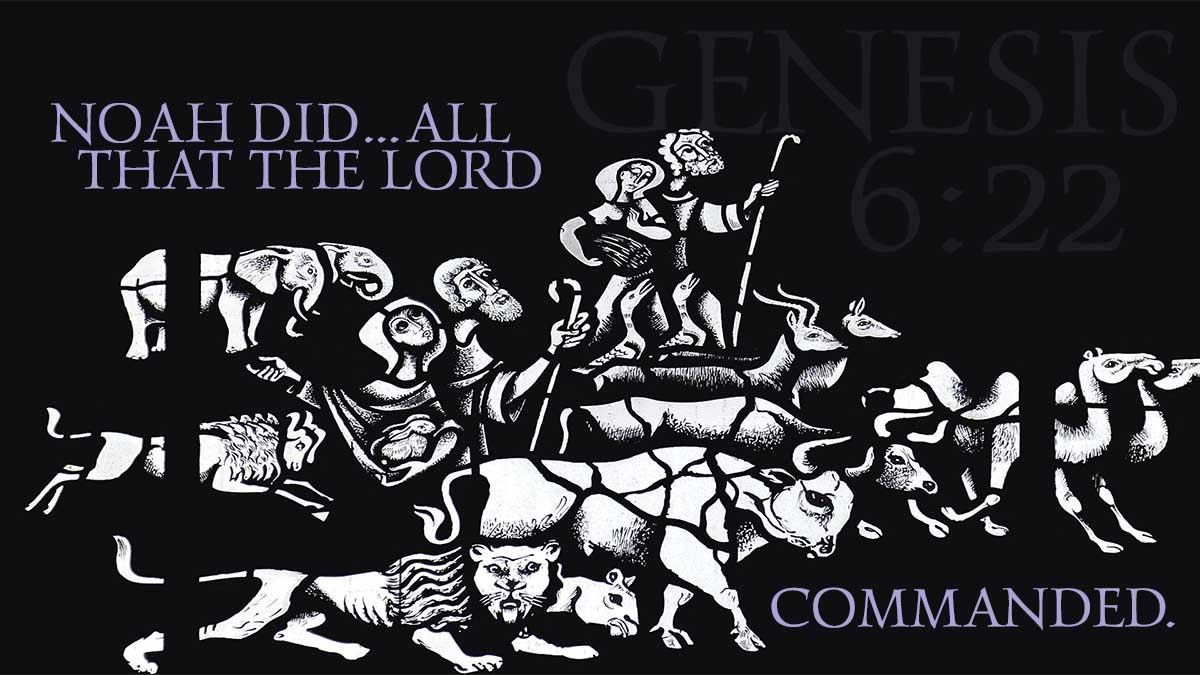 21 Also take with you every sort of food that is eaten, and store it up; and it shall serve as food for you and for them.” 22 Noah did this; he did all that God commanded him.

This is the first passage in which praise for obedience to God is clothed in such a form of words. Later we find it stated repeatedly that Moses and the people did according to all that God commanded them. But Noah received commendation as an example for us. His was not a dead faith, which is no faith at all, but a living and active faith. He renders obedience to God’s commands, because he believes both God’s promises and threats; and he carefully carries out what God commanded with reference to the ark, the gathering of the animals and the food. This is unique praise for Noah’s faith, that he remains on the royal road — adds nothing, changes nothing and takes nothing from the divine command, but abides absolutely in the precept he has heard.

It is the most common and the most noxious sin in the Church, that people either altogether change God’s commands, or render something else paramount to them. They sin who swerve too much to the left by failing to perform the divine commands. Those who swerve to the right and do more than God has commanded, like Saul when he spared the Amalekites, sin even more grievously. They add a sham piety. While those who err on the left cannot excuse their error, these do not hesitate to ascribe to themselves remarkable merit, and such error is exceedingly common. God is wont sometimes to command common, ridiculous and even offensive things; but reason delights in splendid things. From the common ones it shrinks or undertakes them under protest. Thus the monks shrank from home duties and chose for themselves others, apparently of greater glamor. To-day the great throng, hearing that common tasks are preached in the gospel, despise it as a common thing and lacking in elegance. Such is the madness of man’s wisdom.

Hence Moses rightly commends Noah’s obedience when he says that he did everything the Lord had enjoined. That means to give God credit for wisdom and goodness. Noah kept his eye on the majesty of him who gave the command. That was enough for him, even though the command be absurd and apparently impossible. All such objections he passes by and takes his stand upon the one thing commanded by God.

Luther, Martin, and John Sander. Devotional Readings from Luther’s Works for Every Day of the Year. Augustana Book Concern, 1915, pp. 293–94.