The Marriage Will
Scripture and a reading from Luther's sermons and devotional writings
Pastor Mark Ryman - January 27, 2022 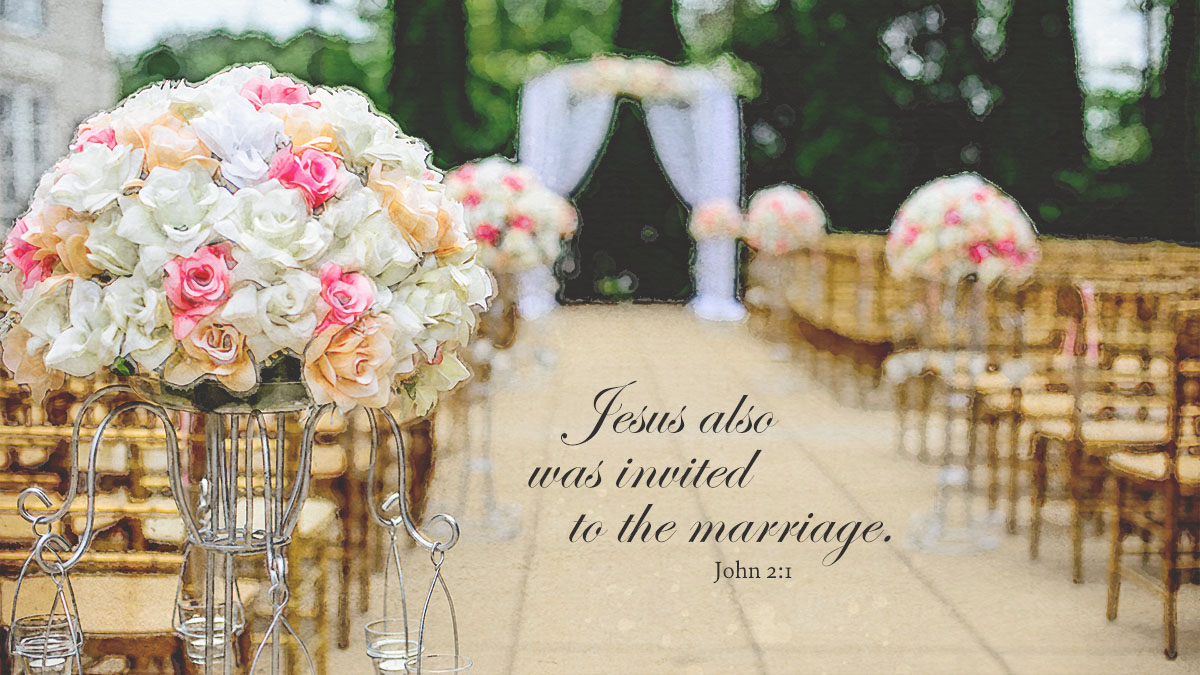 1 On the third day there was a marriage at Cana in Galilee, and the mother of Jesus was there; 2 Jesus also was invited to the marriage, with his disciples.

It is indeed a high honor paid to married life for Christ himself to attend this marriage, together with his mother and his disciples. His mother is present as the one arranging the wedding, the parties married being apparently her poor relatives or neighbors, and she being compelled to act as the bride’s mother; so, of course, it was nothing more than a wedding, and in no way a display.

The second honor is his giving good wine for the humble marriage by means of a great miracle, making himself the bride’s chief cup-bearer; it may be too that he had no money or jewel to give as a wedding present. He never did such honor to the life or doings of the Pharisees; for by this miracle he confirms marriage as the work and institution of God. No matter how common or how lowly it appears in the eyes of men, God none the less acknowledges his own work and loves it.

Since then marriage has the foundation and consolation that it is instituted by God and that God loves it, and that Christ himself so honors and comforts it, every one ought to prize and esteem it; the heart ought to be glad that it is surely the state which God loves, and cheerfully endure every burden in it, even though the burdens be ten times heavier than they are. For this reason there is so much care and unpleasantness in married life to the outward man, because everything that is God’s word and work, if it is to be blessed at all, must be distasteful, bitter and burdensome to the outward man.

Marriage is a state that cultivates and exercises faith in God and love to our neighbor by means of manifold cares, labors, unpleasantness, crosses and all kinds of adversities that are to follow everything that is God’s word and work.

Christ also shows that he is not displeased with a marriage feast, nor with the things which belong to a wedding, such as adornments, cheerfulness, eating and drinking, according to the usage and custom of the country. God is not concerned about such external things, if it be in moderation, and faith and love reign.