The Offense of Faith
Scripture and a reading from Luther's sermons and devotional writings
Pastor Mark Ryman - January 17, 2022 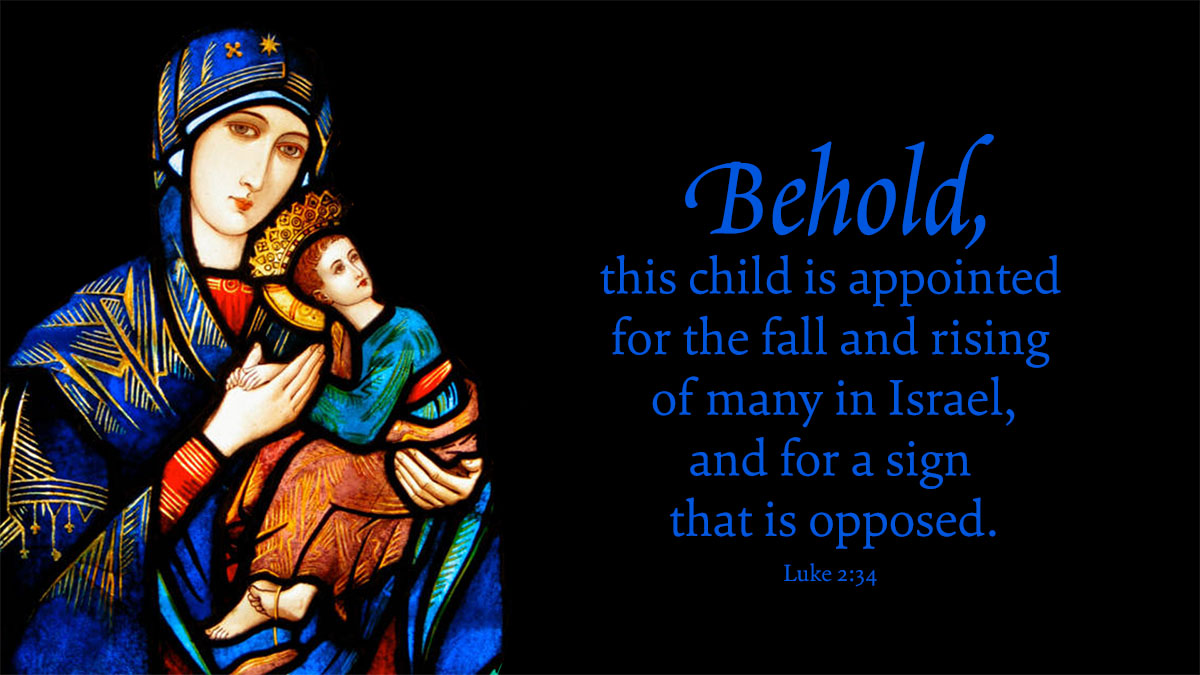 33 And his father and his mother marveled at what was said about him; 34 and Simeon blessed them and said to Mary his mother, “Behold, this child is set for the fall and rising of many in Israel, and for a sign that is spoken against 35 (and a sword will pierce through your own soul also), that thoughts out of many hearts may be revealed.”

Why does not Simeon say this to the father also? Because Jesus was her own child, and all that happened to him naturally happened also to her and caused her real pain. Simeon perhaps also addressed Mary alone for the reason that Joseph was not to live until the time of the suffering of Christ, which the mother would experience alone; and in addition to all this sorrow she was to be a poor and lonely widow, and Christ was to suffer as a poor orphan. Mary lived in all the three states of virginity, of matrimony, and of widowhood, the latter being the most pitiable, without any protection or aid. A virgin has her parents, a wife her husband, but the widow is alone.

Simeon declares that Christ is set for the fall and rising again of many in Israel. Christ, however, is not the cause of the fall, but the presumption of the Jews is the cause. Christ came to be a light and Saviour of all the world, so that all might be justified and saved by faith in him. If this is to be brought about, all other righteousness in ourselves, sought outside of Christ with works, must be rejected. The Jews would not hear of this. Thus they take offense at faith, fall deeper into unbelief and become hardened in their own righteousness, so that they even persecuted with all their might all who believed. All who would be saved by their own righteousness do the same thing. They depend upon their works, and when faith in Christ is demanded they stumble and fall.

Christ had been promised only to the people of Israel by the prophets; and these had announced that many among that people would fall away on account of their self-righteousness. This is indeed a terrible example to us Gentiles, to whom nothing has been promised, but out of pure grace we have unexpectedly been brought into the Kingdom and have risen through Christ. The example of Israel’s fall should touch our hearts, that we may not also fall, or perhaps fall more grievously than the Jews and Turks, being seduced by Antichrist and bearing the name of Christ to the dishonor of God and to our own injury.