The Offense of the Gospel
Scripture and a reading from Lutherâs sermons and devotional writings
Pastor Mark Ryman - May 14, 2022 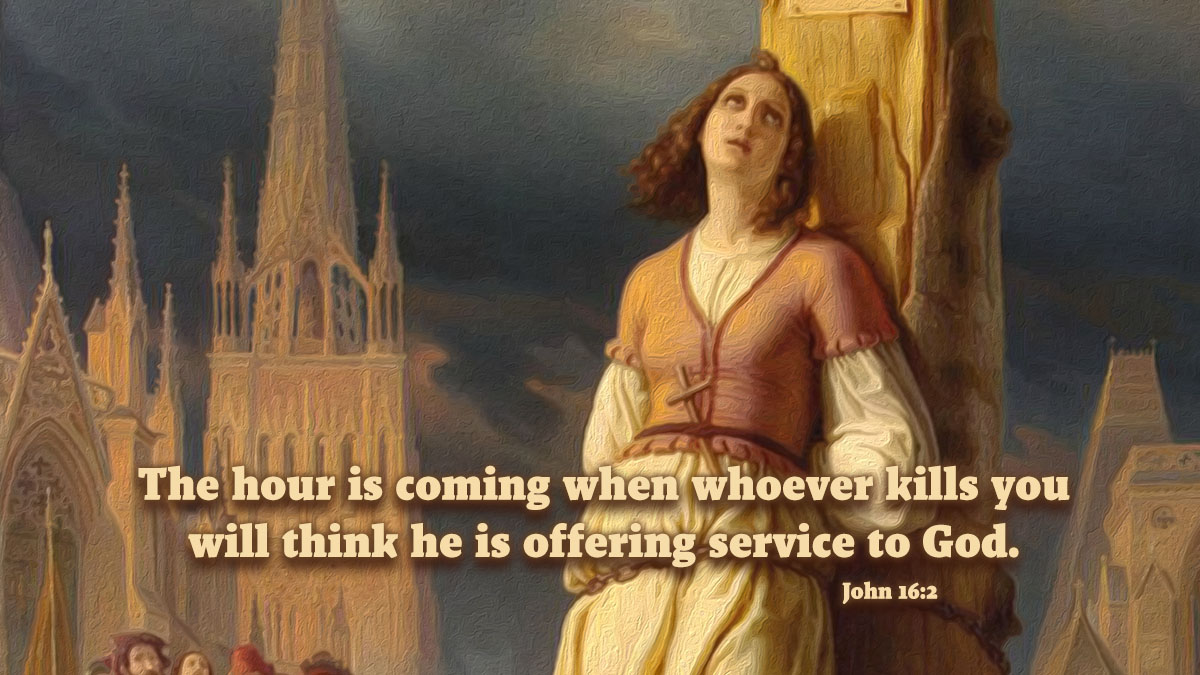 They will put you out of the synagogues; indeed, the hour is coming when whoever kills you will think he is offering service to God.

Christ pointed out clearly enough what would happen to his disciples as a result of their preaching. He mentions two sources of opposition to the gospel, than which none could be stronger: one that the preacher should be excommunicated and put to death; the other that the persecutors would regard this as rendering a service to God. He said that the Holy Spirit should testify of him and that they also should bear witness; and he assures them that their testimony shall not be effaced by this rage and persecution of the world. He gives them this assurance beforehand for the purpose that they may know and be prepared against these same abuses.

It is strange and almost incredible to hear that not only the world shall oppose, with its bitter hatred and rage, Christ, the Son of God and its Saviour, but that also the apostles themselves must be offended at such judgment of the world. Who could ever conceive that Christ and his gospel should be received in this manner among his own people, to whom he had been promised by God, and from whom they were to expect nothing but that which is good, which they also received from him? But here we are told that the gospel is a teaching which, according to human judgment, gives nothing but offense,—a thing unworthy to be heard or tolerated.

The kingdom of Christ on earth shall so come that it must be apparent to all that it is not an earthly kingdom after the manner of men. But the world shall refuse to recognize its nature. It shall not be called the kingdom of Christ or of God, but a destruction and subversion of all good government, both spiritual and temporal. It is well-nigh inconceivable that the Son of God should be so received by those who are called the people of God. For Christ speaks here not of open, malicious, wicked knaves and godless men, but of those who are regarded as the most eminent, the wisest, the most holy, even the servants of God. Who would ever think that God would introduce Christ’s kingdom upon earth in this way, establish his Word in all places and gather his Church.

Luther, Martin, and John Sander. Devotional Readings from Luther’s Works for Every Day of the Year. Augustana Book Concern, 1915, pp. 174–75.