The Spirit of a Lifetime
Scripture and a reading from Lutherâs sermons and devotional writings
Pastor Mark Ryman - May 17, 2022 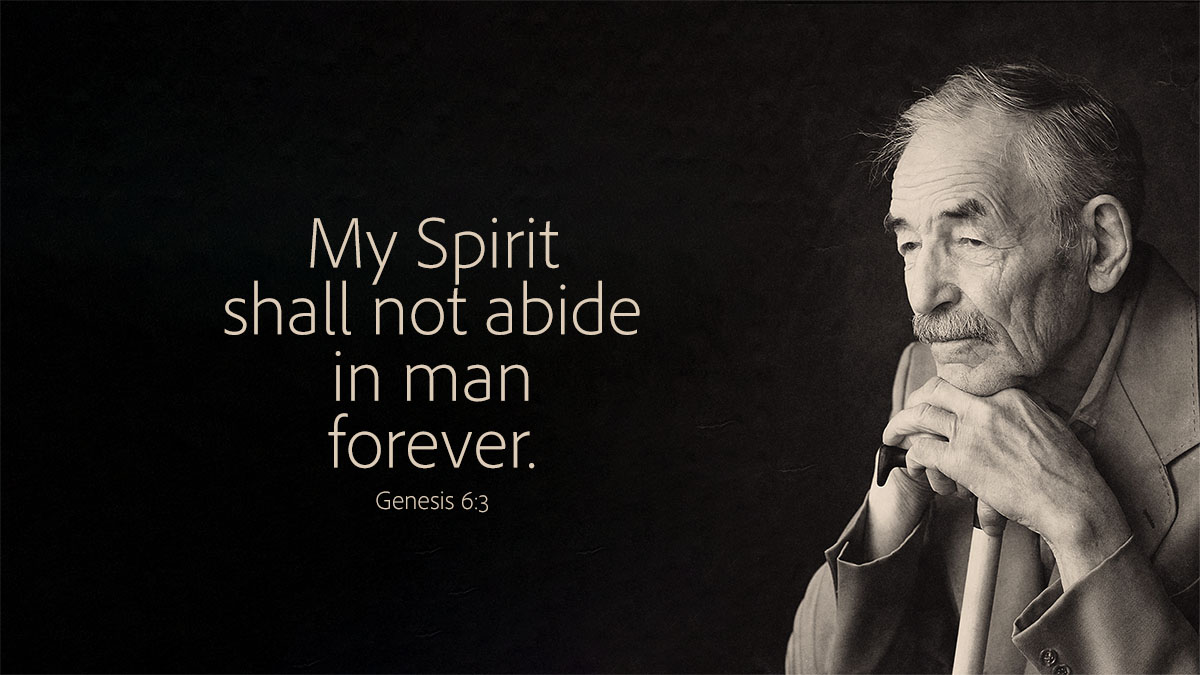 Then the LORD said, “My spirit shall not abide in man for ever, for he is flesh, but his days shall be a hundred and twenty years.”

These are the words of a father who disinherits his son, for God simply fixes a hundred and twenty years as the time in which opportunity is granted for repentance. He threatens, should it not be improved, that his Spirit shall no longer reprove and strive, which means that henceforth he will not give his Word to men, since all teaching is in vain. This word pertains properly to the office of the ministry. For every preacher or servant of the Word is a man of strife and judgment, and is constrained, by reason of his office, to chide whatever is vicious, without considering the person or office of his hearer. When Jeremiah does this zealously, he incurs not only hate, but also the gravest dangers. For this reason Elijah is called by Ahab the godless king of Israel, the disturber of Israel.

When Noah, whom Peter calls a “preacher of righteousness,” and his ancestors had preached nearly a thousand years, and yet the world continued to degenerate more and more, they announced God’s decision to an ungrateful world and disclosed this as his thought: Why should I preach forever and permit my heralds to cry in vain? The more messengers I send, the longer I defer my wrath,—the worse they become. It is therefore necessary for preaching to cease, and for retribution to begin. I shall not permit my Spirit, that is, my Word, to bear witness forever. I am constrained to punish their sins. Man is flesh and is opposed to me. He continues in his carnal state, mocks at the Word, persecutes and hates my Spirit in the patriarchs, and the story is told to deaf ears.

This proclamation contains a public complaint, made by the Spirit through the patriarchs; but the flesh remained true to its nature. They despised faithful exhortation in their presumption and carnal security. God shows that he is displeased with the perversity of men, nevertheless, as a father would spare his son, but is compelled by his wickedness to be severe, so the Lord says, I do not gladly destroy the human race. I shall grant them one hundred and twenty years in which they may come to themselves, and during which I shall exercise mercy.

Luther, Martin, and John Sander. Devotional Readings from Luther’s Works for Every Day of the Year. Augustana Book Concern, 1915, pp. 178–79.