Two Kingdoms
Scripture and a reading from Lutherâs sermons and devotional writings
Pastor Mark Ryman - May 10, 2022 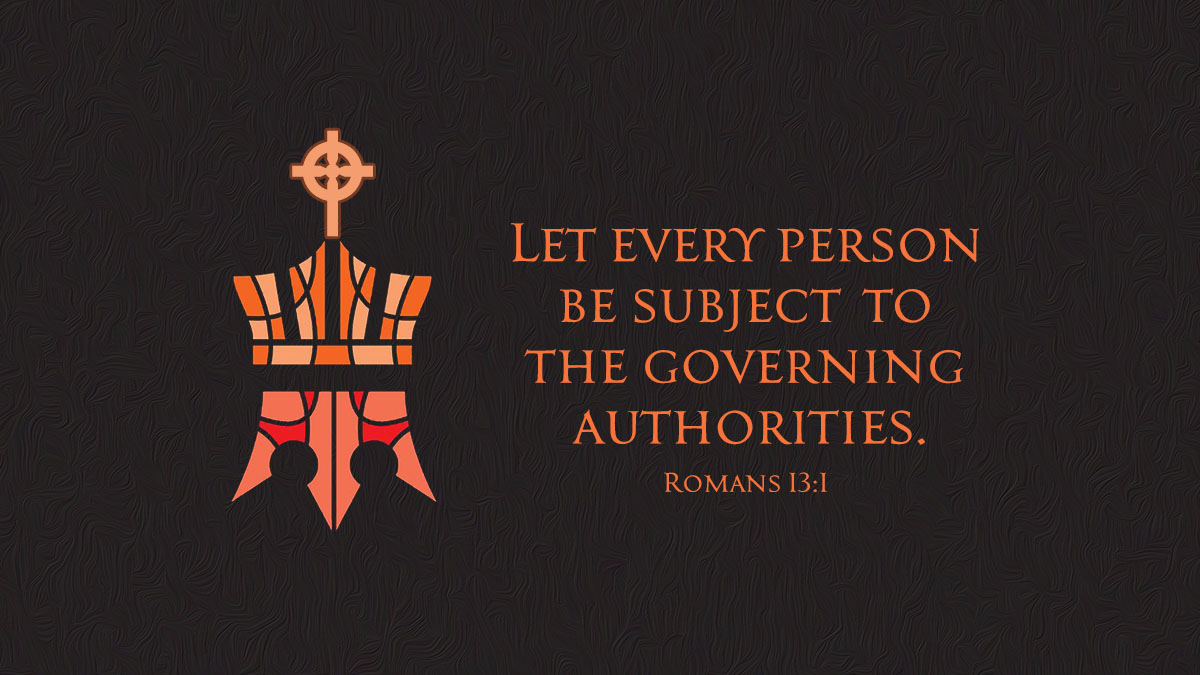 1 Let every person be subject to the governing authorities. For there is no authority except from God, and those that exist have been instituted by God. 2 Therefore he who resists the authorities resists what God has appointed, and those who resist will incur judgment.

We must understand that we have two kinds of authority: the secular that punishes with the sword, and the spiritual that exercises its office with the Word and by means of preaching. The secular power is ordained of God, as Paul clearly and beautifully declares to the Romans. Since there are few who heed the gospel, and most people remain rogues and knaves, they use the gospel for their own licentious liberty and wantonness; hence it is necessary to have a civil government, which we would not need if all men were Christian and evangelical. God has ordained and designed it, in order that the godly may live in peace; he has established the secular sword to the end that the public peace may be preserved, the wicked punished, and the just protected. On this account we must pay to the government rent and taxes and revenue by which it may be supported and administer its office.

In the gospel we find an entirely different, a spiritual government, one that exists alone in the Word, by which sinners are convicted and the gospel proclaimed to the terrified and alarmed consciences. When the bishops and their officials want to put one under the ban the transgression is published to the whole congregation, otherwise their ban would not be noticed, and the messengers would be shown the door. The secular government should see to it, whenever the clerical authority overreaches its sphere to the injury of souls, that it be restrained, and bishops and their officials be not permitted to excommunicate from the Church any one without his knowledge and will, whenever it pleases them.

It does not concern God very much as to how the secular government uses its power, for he is concerned only about the soul, and with this the secular power has nothing to do. It has received power to rule over the body and over property. Whether we govern well or not does not determine our salvation. But it were a matter of great concern if the spiritual authority were to say, Do this, and thou shalt be saved; omit this, and thou shalt be eternally lost, as though at certain times we must not eat eggs and meat and butter, but oil and fish. With Peter we must obey God rather than men.

Luther, Martin, and John Sander. Devotional Readings from Luther’s Works for Every Day of the Year. Augustana Book Concern, 1915, pp. 169–70.