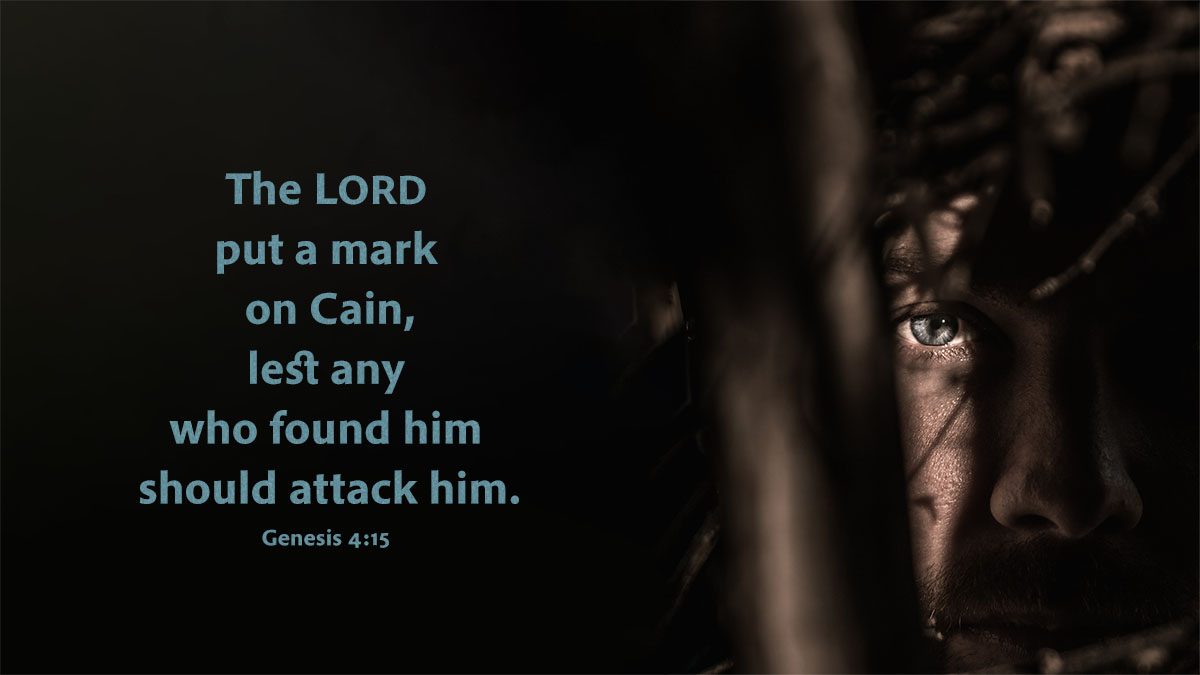 15 Then the LORD said to him, “Not so! If any one slays Cain, vengeance shall be taken on him sevenfold.” And the LORD put a mark on Cain, lest any who came upon him should kill him.

God deprives Cain of all the divine blessings, both spiritual and civil. He mitigates that sentence by commanding that no one shall slay Cain. But he does not promise that all men shall surely obey his command. Therefore Cain, though possessing this promise in reference to his body, is still a fugitive and wanderer. God left him in a life of uncertainty, doubt and restless wandering, and did no more than protect his life by a command and threat which might restrain the wicked from killing him, on account of the certain awful punishment which would follow such destruction of the murderer. But a promise that he should not be murdered was withheld. The Scriptures are quite silent concerning the number of the years of Cain, and say nothing about the day of his birth or the day of his death. He perished, together with his whole generation. Only a few of his generation are excepted, who were saved by the uncovenanted mercy of God.

The question is here usually asked, to what persons could the words of Cain possibly apply, when he says, “Every one that findeth me shall slay me,” when it is evident that besides Adam and Eve and their few daughters, no human beings were in existence. I would reply that they bear witness to the fact that we see the wicked “flee when no man pursueth.” They imagine various perils where none really exist. Just as we see it in the case of murderers at the present, who are filled with fears where all is safe, who can remain quiet nowhere, and who imagine death to be present everywhere.

The words of the text cannot be referred exclusively to the fears within Cain, for he had sisters, and perhaps he greatly dreaded that sister whom he married, lest she should take vengeance on him for the murder of her brother. Moreover, Cain had perhaps a vague apprehension of a long life, and he saw that many more sons were born of Adam. He therefore feared the whole posterity of Adam. It greatly increased these fears that Adam had left him nothing more than his stray mercy.

Luther, Martin, and John Sander. Devotional Readings from Luther’s Works for Every Day of the Year. Augustana Book Concern, 1915, pp. 94–95.