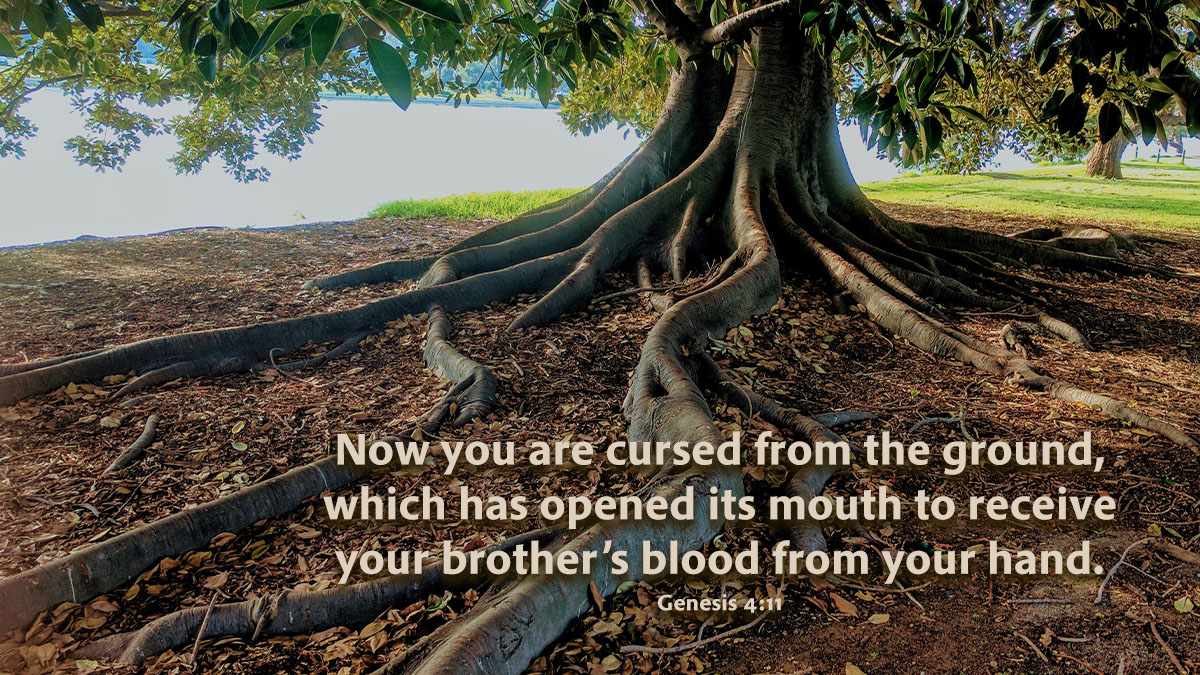 We should mark as particularly worthy of note the discrimination exercised by the Holy Spirit. When the penalty for his sin was inflicted upon Adam, a curse was placed, not upon the person of Adam, but only upon the earth; and even this curse was not absolute, but qualified. The expression is: “Cursed is the ground for thy sake;” and in Rom. 8:20 we read: “The creature was made subject to vanity, not willingly.” The earth, inasmuch as it bore guilty man, became involved in the curse as his instrument, just as the sword, gold and other objects are cursed for the reason that men make them the instrument of sin. The Holy Spirit discriminates between the earth and Adam. He diverts the curse to the earth, but saves the person.

In this instance the Holy Spirit curses the person of Cain. Why is this? Is it because the sin of Cain, as a murderer, was greater than the sin of Adam and Eve? Not so. But because Adam was the root from whose flesh and loins Christ, that blessed seed, should be born. It is this seed that was spared. For the sake of this seed, the fruit of the loins of Adam, the curse is transferred from the person of Adam to the earth. Thus, Adam bears the curse of the earth, but his person is not cursed; from his posterity Christ was to be born.

Cain, since he fell by his sin, must suffer the curse being inflicted upon his person. He hears it said to him, “Cursed art thou,” that we might understand that he was cut off from the glory of the promised seed, and condemned never to have in his posterity that seed through which the blessing should come. Thus Cain was cast out from the stupendous glory of the promised seed. Abel was slain; therefore there could be no posterity from him. But Adam was ordained to serve God by further procreation. In Adam alone, after Cain’s rejection, the hope of the blessed seed rested until Seth was born unto him.

Luther, Martin, and John Sander. Devotional Readings from Luther’s Works for Every Day of the Year. Augustana Book Concern, 1915, pp. 93–94.