We Are the Widow
Scripture and a reading from Luther's sermons and devotional writings
Pastor Mark Ryman - September 25, 2022 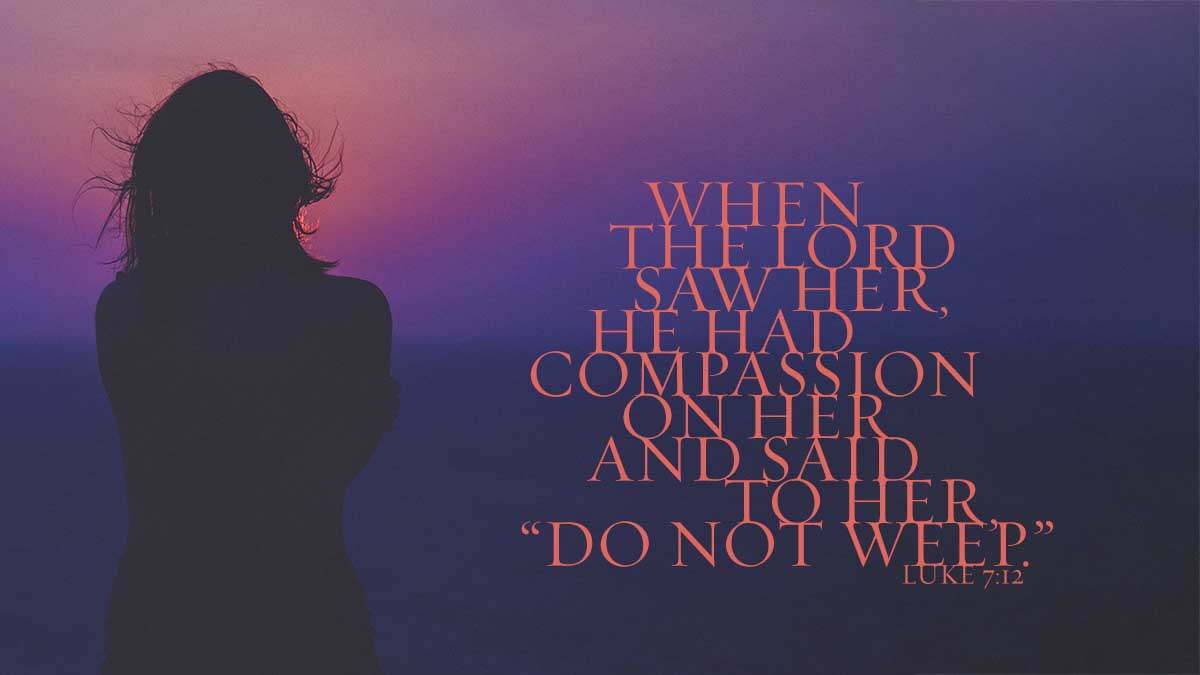 11 Soon afterward he went to a city called Nain, and his disciples and a great crowd went with him. 12 As he drew near to the gate of the city, behold, a man who had died was being carried out, the only son of his mother, and she was a widow; and a large crowd from the city was with her. 13 And when the Lord saw her, he had compassion on her and said to her, “Do not weep.” 14 And he came and touched the bier, and the bearers stood still. And he said, “Young man, I say to you, arise.” 15 And the dead man sat up, and began to speak. And he gave him to his mother.

This was indeed a sad condition in the life of the widow. She had lost her husband, and now her only son, whom she loved, had died. Among those people it was regarded a great misfortune, if parents could not leave their name, or children. They regarded this a great disfavor of God. Hence the widow, who, after the death of her husband, had placed all her hope and comfort in her only son, must have had great sorrow when her son was torn from her and she had nothing left on earth. She undoubtedly thought: You are also one of the accursed women to whom God is such an enemy as to compel you to pass from the earth without leaving an offspring.

Therefore this woman had great sorrow, not only because she had been robbed of her husband and afterwards of her son, the family being thereby destroyed before her eyes; but, what seemed far more serious, she was forced to think: Now I see that God is unfavorable to me and I am cursed; for this punishment has been executed upon me, because God in the Psalms and the Prophets has threatened the ungodly to destroy them root and branch. This has happened to me. If some one had then said to her: Thy son shall live again before thine eyes, she would undoubtedly have replied: Alas! do not mock me in my deep sorrow. Grant me at least so much that I may bewail my great misery, and do not add to it by mockery.

But all this is portrayed here that we might learn that with God nothing is impossible, whether it be misfortune, calamity, anger, or whatever it may be, and that he sometimes allows misfortune to come upon the good as well as upon the wicked. Yea, God even permits at times the ungodly to sit at ease, and meet with success in all their undertakings, while he appears to the pious as if he were angry with them and unfavorable to them. So it happened to the godly Job, all whose children were sadly destroyed in one day, who was robbed of his cattle and land, and his body terribly tormented. He was an innocent man and yet he was compelled to endure a punishment such as no ungodly person had suffered.

Luther, Martin, and John Sander. Devotional Readings from Luther’s Works for Every Day of the Year. Augustana Book Concern, 1915, pp. 338–39.