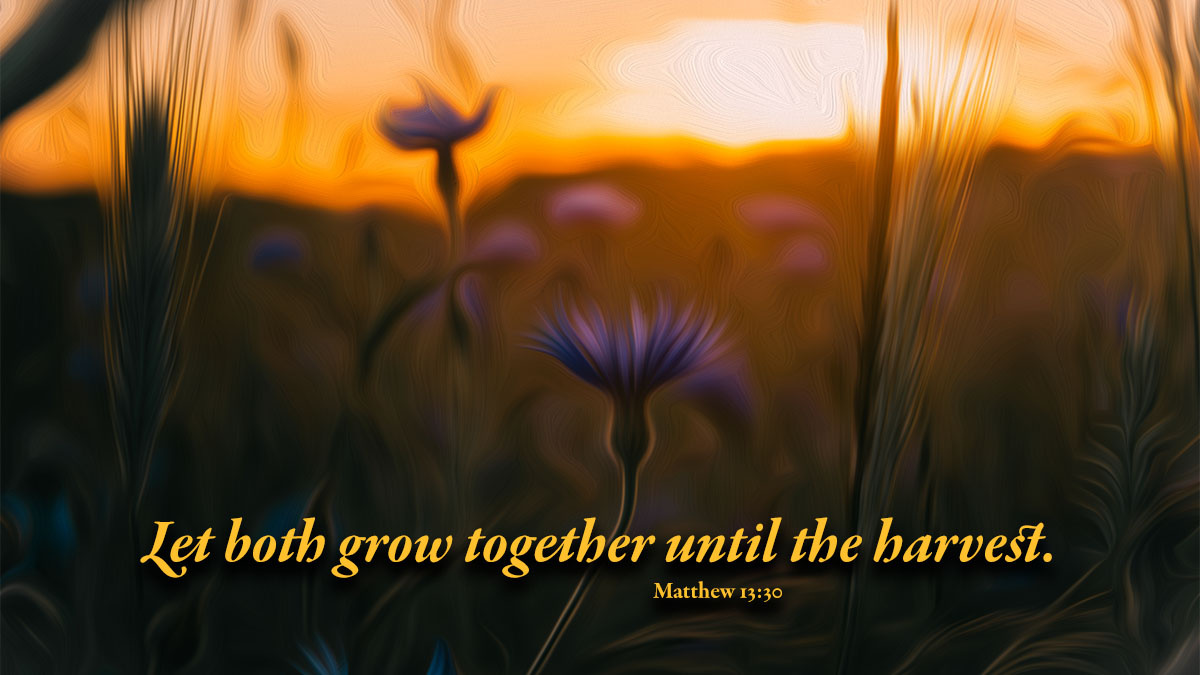 26 So when the plants came up and bore grain, then the weeds appeared also. 27 And the servants of the householder came and said to him, ‘Sir, did you not sow good seed in your field? How then has it weeds?’ 28 He said to them, ‘An enemy has done this.’ The servants said to him, ‘Then do you want us to go and gather them?’ 29 But he said, ‘No; lest in gathering the weeds you root up the wheat along with them. 30 Let both grow together until the harvest; and at harvest time I will tell the reapers, Gather the weeds first and bind them in bundles to be burned, but gather the wheat into my barn.’ ”

We should not marvel nor be terrified if there spring up among us many different false teachings and false faiths. Satan is constantly among the children of God. These words teach us how we should conduct ourselves toward these heretics and false teachers. We are not to uproot nor destroy them. The servants who are able to distinguish the tares from the wheat must indeed be very spiritual, but even then he says publicly, “Let both grow together.” We have to do here with God’s Word alone; for in this matter he who errs to-day may find the truth to-morrow. Who knows when the Word of God may touch his heart? But if he be burned at the stake, or otherwise destroyed, it is assured that he can never find the truth; the Word of God is snatched from him and he must be lost, who otherwise might have been saved. Hence the Lord says, the wheat will also be uprooted if we weed out the tares, which is something awful in the eyes of God and never to be justified.

From this observe what furious and raging people we have been these many years, in that we desired to force others to believe; the Turks with the sword, heretics with fire, the Jews with death, and thus root out the tares by our own power, as if we were the ones who could reign over hearts and spirits, and make them pious and right, which God’s Word alone must do. By such murder we separate the people from the Word, so that it cannot possibly work upon them, and we thus bring with one stroke a double murder upon ourselves, in that we murder the body for time and the soul for eternity, and afterwards say we did God a service by our actions, and wish to merit something special in heaven.

Therefore this passage should in all reason terrify the grand inquisitors and murderers of the people, even where they are brazen-faced, and should have to deal with true heretics. But at present they burn the true saints and are themselves heretics. What is that but rooting up the wheat, and pretending to exterminate the tares, like insane people? But it is apparent that they are themselves tares and evil seed, having fallen from the faith and trusting in their works.