Who Do You Trust?
Scripture and a reading from Luther's sermons and devotional writings
Pastor Mark Ryman - March 13, 2022 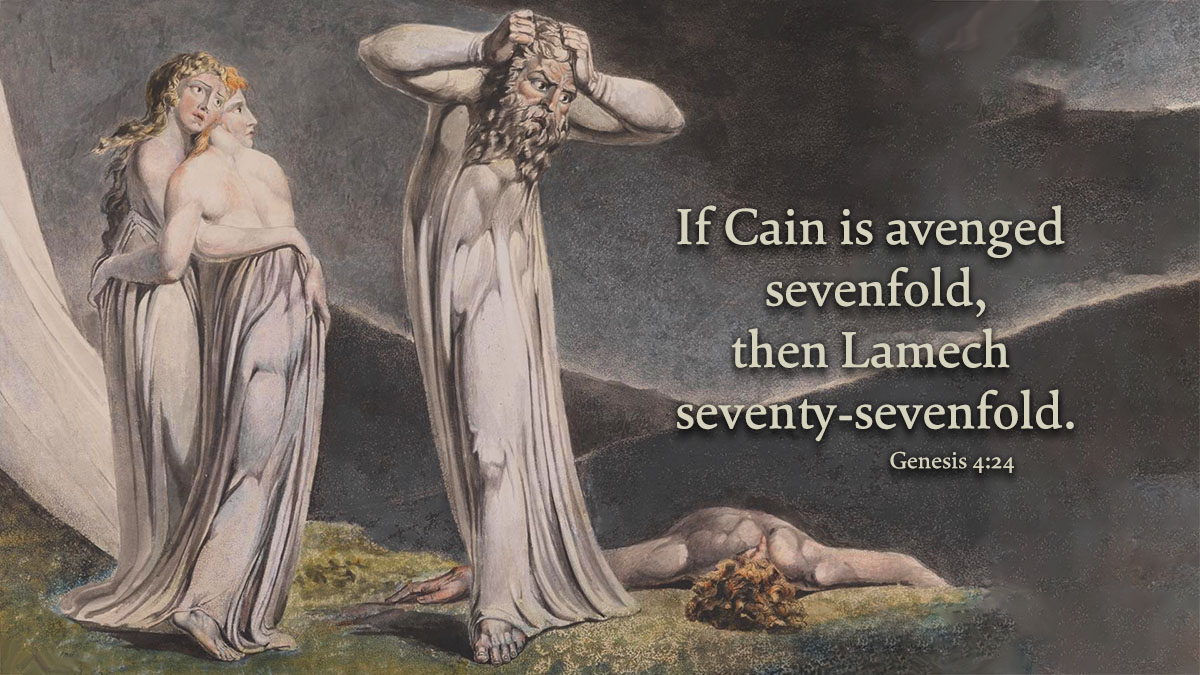 23 Lamech said to his wives: “Adah and Zillah, hear my voice; you wives of Lamech, hearken to what I say: I have slain a man for wounding me, a young man for striking me. 24 If Cain is avenged sevenfold, truly Lamech seventy-sevenfold.”

Here Lamech sets himself above his father Cain, making it appear that he had a more righteous cause for the murder he had committed, and fortifying himself against those inclined to avenge the murder perpetrated by him. For the words of the text are not the words of the Lord, but the words of Lamech himself. It is very probable that the patriarch Adam died about this time; and there is no doubt that Lamech seized this opportunity of transferring the whole government of the world at that time to himself, that he might have all things under his own rule.

Lamech is, therefore, an example of this world, and Moses points to him to show what kind of a heart, will, and wisdom the children of this world have. They gather riches, follow their pleasures, increase their power, and then abuse all these things by their tyranny, making use of them against the true Church, whose members they persecute and slay. In the midst of all these mighty sins, they fear not, but are proud and secure, saying, “What can the righteous do?” “Our lips are our own: who is lord over us?” Thus the true Church has ever Satan as its great enemy, as Christ also says, “that the devil was a murderer from the beginning.” The Scriptures declare throughout concerning the true Church, that the wicked are ever shedding its blood.

In this manner the Church was vexed with the cross and persecutions from the very beginning of the world until God, compelled by the wickedness of man, destroyed the whole world by the flood. So also, when the measure of Pharaoh’s malice was full, he was drowned with all his host in the Red Sea. So also, when the malice of the Gentile nations was full, they were all uprooted and destroyed by Moses and Joshua. In the same manner later when the Jews raged against the gospel, they were so utterly destroyed that not one stone was left upon another in Jerusalem. Thus also Christ expressly testifies against them “that upon you may come all the righteous blood shed upon the earth, from the blood of righteous Abel unto the blood of Zacharias, son of Barachias.”

Luther, Martin, and John Sander. Devotional Readings from Luther’s Works for Every Day of the Year. Augustana Book Concern, 1915, pp. 96–97.